The goal of this post is not to stoke the fire between “liberals” and “conservatives.” I am not into politics unless I am watching this video (click) or this video (click). I purposely waited for the Planned Parenthood videos revealing adults negotiating prices for dismembered “fetal tissue” to largely disappear before posting this article. The temporary, often phony, outrage that lasts for a week before placing some other person or topic in its crosshairs is exhausting; I am not into that either. What I am interested in is helping people understand what the Bible teaches on an array of topics, especially topics that pertain to suffering. Perhaps there is no greater cause of human suffering in America than abortion, with an estimated 53 million abortions taking place from 1979-2011. Think about all the physical and mental suffering that women and children have endured 53 million times in just 32 years, pretty daunting isn’t it?

Notice I did not title the article, “What All Christians Believe about Abortion;” I am not qualified to speak for every person who claims to be a Christian. There are various religious denominations that make many claims that are completely foreign to God’s Word (Bible). I can’t and won’t try to defend beliefs that lack biblical authority i.e. are not found in the Bible. Instead, I want to respectfully communicate 6 lessons the Bible actually teaches about abortion and allow you to decide if the information matters to you. This means I won’t call supporters of abortion Hitler or Josef Mengele as long as they don’t send me messages that start with “I am pro-choice and a Christian…” as if that proves something (Okay, okay I won’t call anyone names either way). After all, if every Christian believed something to be true, it would still only be true if it is actually taught in the Bible (Gal. 1:6-9). For this reason, I titled the article “6 Lessons the Bible Actually Teaches about Abortion.”

If Christians are going to be persuasive in the public forum, we must be consistent and articulate. Inconsistency in deed breeds distain and mistrust between Christians and our peers. Do you think coworkers and friends are laughing inside when Christians explain how “faith” prevents them from supporting abortion when they freely and habitually engage in other activity that is obviously contrary to the Bible? Of course they are! Hypocrisy is the fastest way to lose credibility (1 Cor. 9:27; Phil. 1:27). It is equally difficult for Christians to “sway public opinion” on abortion if Christians don’t know why they believe what they believe. I don’t want to hurt your feelings, but your great grandfather isn’t a moral authority. So when you build your case with, “my great grandpa told me abortion was wrong” I am not exactly moved and neither is anyone else. If Christians are going to convert minds on abortion, we must have the Gospel written on our hearts (Prov. 3:3) – allowing us to articulate God’s position on abortion by using His Word (Bible). Are we going to win over everyone? No, unrestrained worldliness spawned by atheism will almost always be opposed to God’s Word, but at least Christians would have a respected, unified voice grounded in truth (Bible). Such a voice is valuable, if for no other reason than to educate the general public on why using tax revenue to support organizations that routinely provide abortions is morally offensive to many Christians. With that said, here are 6 lessons the Bible actually teaches about abortion that we can all share when someone asks, “why aren’t you pro-choice?” 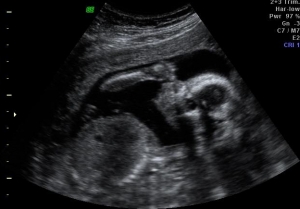 1. The Bible teaches that there is no distinction between “fetal tissue” and a baby. They are both babies. In Luke 1:41 Mary, the mother of Jesus, visited Elisabeth, the mother of John the Baptist, when they were both pregnant and “the babe leaped” in Elisabeth’s womb. Later on, after Jesus was already born the Bible records that the wise men found “the babe lying in a manger” (Luke 2:16). The New Testament was written by inspired men (2 Tim. 3:16) in a very precise language called Koine Greek, and the same Greek word (brephos) is translated “babe” in both passages. John the Baptist was just as much a baby inside the womb as Jesus was outside the womb in a manger. Furthermore, God told Jeremiah the prophet, “Before I formed thee in the belly I knew thee; and before thou camest forth out of the womb I sanctified thee, and I ordained thee a prophet unto the nations” (Jer. 1:5). If God saw individual value in Jeremiah prior to his birth, why doesn’t America see the same value in the unborn? An America, mind you, that has in her Declaration of Independence, “We hold these truths to be self-evident, that all men are created equal, that they are endowed by their Creator with certain unalienable Rights, that among these are Life, Liberty and the pursuit of Happiness.”

2. The Bible teaches that God holds children in high esteem and He hates when others take advantage of them. In the Old Testament, if two men accidently injured a pregnant woman causing her to have a premature birth, there was a penalty (Ex. 21:22-23). Among the 6 things God hates in Proverbs 6:17 is “hands that shed innocent blood.” Is there anyone more innocent than a child who has not yet had the opportunity to cry outside the mother’s womb? I cannot think of anyone more innocent. Finally, the Bible describes a King who destroyed various cities and in doing so he “ripped up” all the women who were with child (2 Kings 15:16). In Amos 1:13, God warned that those who engaged in such atrocities would be punished.

3. The Bible teaches that children are a God given blessing, not a curse, to their parents (Psa.127:3). I know, I know after the thousandth Thomas the Train episode it may not feel this way, but each person is precious because each is made in the image of God (Gen. 9:6). Unfortunately, some children are aborted because their parents only see the difficulties they will bring and not the blessings. The Psalmist likens children to arrows and concludes, “Happy is the man that hath his quiver full of them….” (127:5). Children are a blessing, if for no other reason, because they demonstrate the type of dependency God desires from His spiritual children (Matt. 18:3).

4. The Bible teaches that parents have “natural affection” for their offspring. In other words, it is natural for parents to protect, defend and help their children – “it’s in their DNA.” Christ asked a series of rhetorical 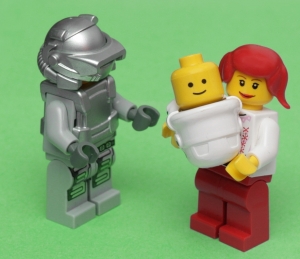 questions that demonstrate this truth, “Or what man is there of you, whom if his son ask for bread, will he give him a stone? Or if he ask a fish, will he give him a serpent?” (Matt. 7:9-10; Luke 11:9-13). Obviously Jesus expected a “no” answer to these questions after which He concluded, “If ye then, being evil, know how to give good gifts unto your children, how much more shall your Father which is in heaven give good things to them that ask him? (Matt. 7:11). However, the Bible also teaches the unfortunate truth that it is possible to override “natural affection” with selfish desires (Rom. 1:28-32; 2 Tim. 3:1-3). But fetuses help scientists discover cures for us! But babies are expensive! But how am I going to have a career with a baby? But… But…Nearly all of the reasons to be “pro-choice” are selfish in nature – selfish adults making decisions for those who can’t object.

5. The Bible teaches that government has an obligation to uphold that which is morally good (Rom. 13:3-4). Nevertheless, as abortion demonstrates, the government doesn’t always do its job. So what does God expect Christians to do when government sanctions immoral behavior? First, Christians ought to pray for government officials to uphold their God-given responsibilities and allow Christians to live in peace with a pure conscience (1 Tim. 2:2-3). Second, Christians should keep paying their taxes even when tax money is used for immoral purposes (Rom. 13:6). Christ said in a response to a question about paying taxes, “Render to Caesar the 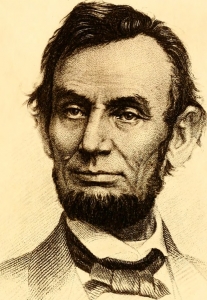 things that are Caesar’s, and to God the things that are God’s” (Mark 12:17) and, let me tell you, Caesar was no choir boy. Third, Christians have to persuade government officials to enact laws that are on God’s side (2 Cor. 5:11). When a clergyman said in Abraham Lincoln’s company that he hoped God was on the side of the North, Lincoln responded, “I am not at all concerned about that,..for I know that the Lord is always on the side of the right. But it is my constant anxiety and prayer that I and this nation should be on the Lord’s side” (Carpenter, Six Months at the White House with Abraham Lincoln, 282). This country has overcome several human rights atrocities here and around the world by considering where God stands on the issues. Christians must kindly inform and persuade our leaders to ensure our country stands with God. It is everyone’s best interest to stand with God for “Righteousness exalteth a nation: but sin is a reproach to any people” (Prov. 14:34).

If you’re a Christian, I hope that you will be willing to tell others “6 Lessons the Bible Actually Teaches about Abortion.” Of course, you can always add to the list. If you’re not a Christian and/or pro-choice, I hope you better understand why many Christians vehemently oppose abortion. It just isn’t biblical. Whatever “camp you are in” let’s all hope for fewer than 53 million suffering children and mothers because of abortion over the next 30 years. Yet I Trust.